Angel Star Children’s book and song is based on the true story of one little girls wish for a sibling.  It’s amazing to think that the idea created in the mind of a 3 year old (at the time) has turned out to be one of the most popular Children’s books and a #1 hit song! Here’s how the whole story became to be…

Several years ago, Emmie (pictured right) was begging to have a new brother or sister.  So one night she decided to go outside a pick a star in the sky, a star that she wanted to be her sibling.

Her dad, singer-songwriter Chris Sanders, was so moved by the story that he decided to write a song about it, and in the space of about 1 hour he crafted a beautiful song that he called Angel Star. 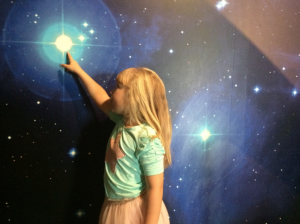 Emmie (pictured above) Picking a Star!

The song turned the true life event into a story full of adventure, fantasy and emotion with the girl helping to protect the star on its adventurous journey, down mountains, through valleys, over roads and finally to her home and part of her loving family. True sibling love!

Chris was just about to start recording an album (more for “grown ups”) and so the decision was made to make Angel Star the first song to be recorded.  As the song developed it soon became apparent that it was going to be something special and warranted it’s own unique touch.  So putting his thinking hat on Chris came up with the idea that Angel Star should become a Children’s picture book with music.  He just happened to know an illustrator, a lady called Kat Merewether, (now an Award winner at the NZ Book Awards) who had illustrated her own series of books called ‘Kuwi the Kiwi’.

Chris had a very rough demo of Angel Star, so he emailed the song to Kat and said, “Can you turn this song in to a Children’s book?”  She immediately said “YES, lets turn Angel Star in to a book”.  And so the journey began.  After a few weeks over talking over the phone about story ideas, Chris and Kat then met up in Kat’s home town of Te Awamutu in New Zealand to look through some rough character sketches.  You can see these original pieces in the image below. 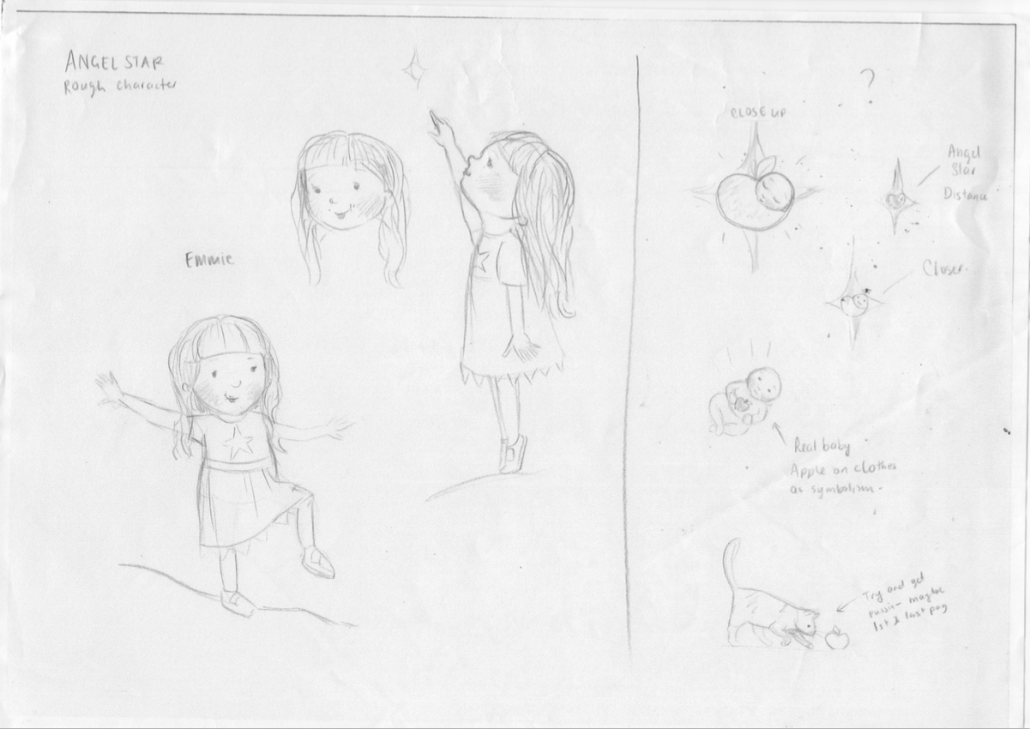 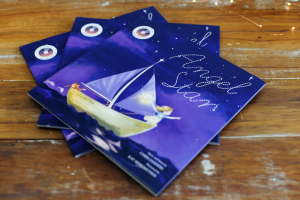 Over 6 next months both Chris and Kat buried their heads in to their music and illustration studios respectively and continued to work towards the launch date of October 20, 2016.  It was becoming ever more apparent that the story was turning in to something quite special as Kat continued to drip feed Chris sneak previews of the illustrations.  One of the first to be completed was the front and back cover.  A stunningly beautiful image showing the young girl who picked the star guiding and protecting it down a mountain side and across a rough sea, with her much loved cat (Xena) by her side.  You can see that image below. 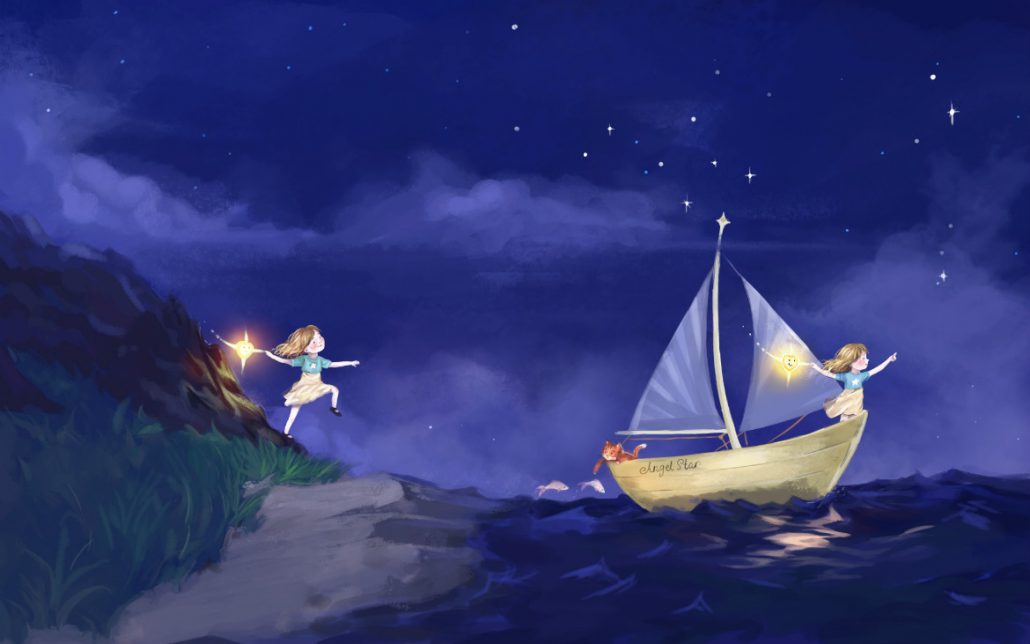 Similarly, Chris worked tirelessly in the studio.  He enlisted the help of #1 Hit songwriter and previous APRA Silver Scroll winner Rikki Morris to produce Angel Star and put together a fantastic team of musicians.

Rikki admitted in a radio interview on Newstalk ZB that the first time he ever heard Angel Star it made him cry – in a good way, because it reminded him about his own Children.  And he knew from the first moment he heard that rough demo of the song that it would need a real string section to bring out the emotion in the song even moreso.

So, Doctor of Music Stephen Small was brought in to compose the strings, making Angel Star sound truely Angelic!!!  The Strings section was recorded by one of New Zealand’s most highly regarded quartets, The Black Quartet.

With the launch date fast approaching it was decided that a very extra special launch was needed. Chris contacted the local Browns Bay Primary School headmaster Peter Mulcahy along with Head of Music Karen Warren and asked if they would be interested in helping launch Angel Star.  The idea was to have all the Children learn the song and sing along with Chris at assembly on the morning of launch.  Peter and Karen both thought it was a great idea and something that would be a very valuable learning experience for the Children.

So on the morning on October 20, 700 Browns Bay School Children went in to the School hall and sang Angel Star with Chris – an incredible sight and sound. Not only that but they came up with their own hand actions – very cute! What made the morning even more special was that Chris was able to announce to the School that the song had entered the iTunes music charts that morning reaching #1 in the Children’s Charts and #8 in the Pop Charts.  There was lots of high fives all around! 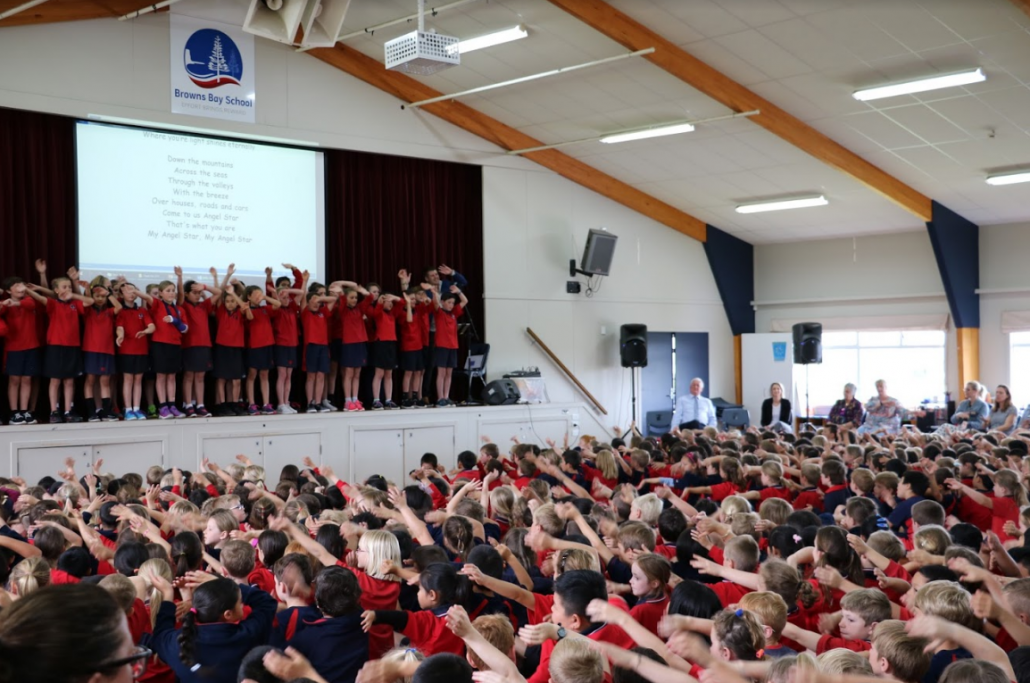 As well as the school launch, Chris also organised a public launch which was to be the world exclusive viewing of the Angel Star animated video. This video was created by Yukfoo Animation in Auckland who had previously worked on videos for bands like Coldplay.

This public launch was done at the Auckland Stardome Observatory and the video which used the illustrations from the book was beamed on to the ceiling inside the Stardome creating a magical and memorable effect. The Stardome was full to capacity with around 100 people packing in to the small theatre for the show, which included a performance from Chris Sanders, the video viewing and a Stardome Star show. As well as the show there was a cupcake stall, face painting, colouring competitions and balloon sculpting.

And as part of the launch Chris also supported a Children’s charity Called “Child Matters NZ”. 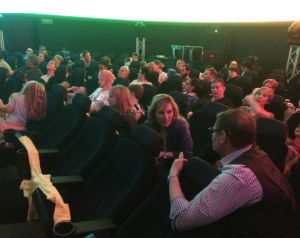 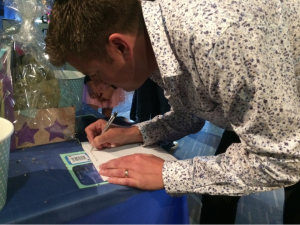 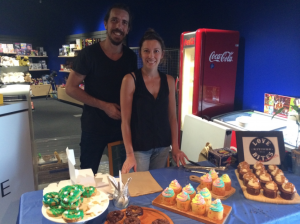 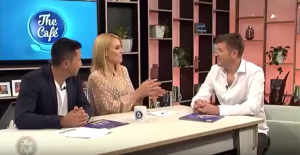 But Chris wasn’t quite finished yet! Remember that Browns Bay School launch?  Well, Chris along with music producer Rikki Morris actually recorded the school choir singing Angel Star and decided to mix this in to the song and release over Christmas 2016.  And guess what, that also went to #1 in the iTunes Children’s Charts for around 1 week over the Christmas period.  A fantastic achievement for all the children involved and great for them to able to say they had sung on a #1 song on Christmas day! 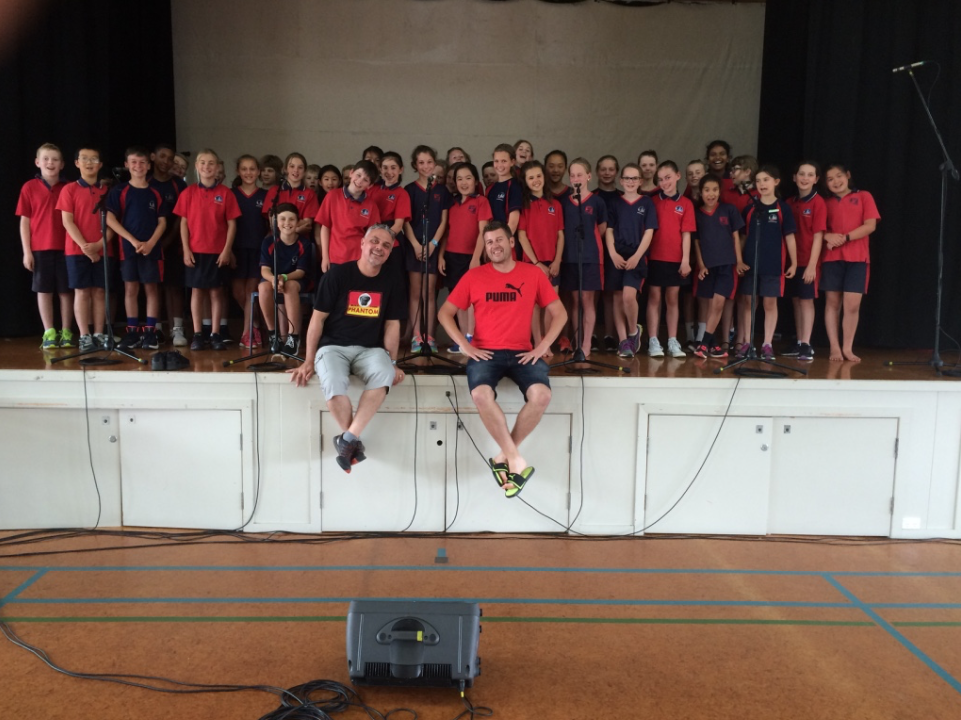 If you want to take a moral away from this story it’s that you never know how much an idea will have such an impact on so many people’s lives.  Who would have thought that Emmie’s idea about picking a star to be her sibling would create so much incredible joy.  From the illustrators to the musicians, the children, their parents and the teachers, and the general public who have either bought the book, watched the video or listened to the song, the list just goes on and continues to this day. And last but not least, to Emmie who got her little wish…a baby sister x 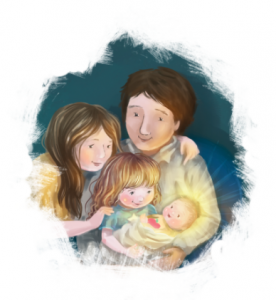 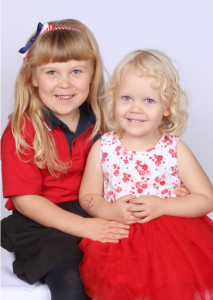 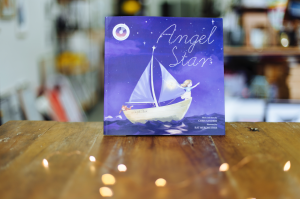